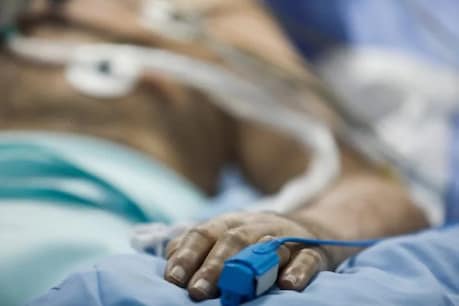 Rajkot: A woman from Corona ward stole gold jewelery from a cleaner’s body, a shameful case

The conspiracy of a woman who joined the Corona ward as a cleaner just three days ago, put humanity to shame. The shameless woman sold the stolen jewelry to the Sony market

A case has come up against Rajkot Civil Hospital. An old man was killed in Corona ward on the 16th of last month. The family alleged that some gold stolen item was missing from his body and lodged a complaint at the police station. However the whole fact came out while the police were investigating the whole case CCTV. An elderly woman living in Ghanchiwad of the city died in the Corona ward of the Civil Hospital after her body was found missing with gold shoes and a nose ring.

An elderly woman named Halimaben Dhankwala was admitted to the Corona ward of the Civil Hospital and died during treatment. After Halimaben’s death, the hospital staff handed over a metal bracelet worn by Halimaben to his family members. However, when the old woman was not found wearing gold shoes and a nose ring, her family inquired and found that the gold ornaments had been stolen from the corpse. Yasinbhai Dhankwala, son of the deceased, lodged a complaint about the theft and police launched an investigation.

Police checked CCTV footage of Corona’s ward and found a woman unloading jewelery from a corpse.

When police questioned the woman about the gold jewelery, Varsha confessed that she had been at the hospital for three days and had stolen gold boots and slips from Halimaben’s body.

Not only that, the thieves went to Soni Bazaar and sold the jewelery and bought silver jewelery in return. Police seized the stolen jewelery from the Sony dealer and launched an action.