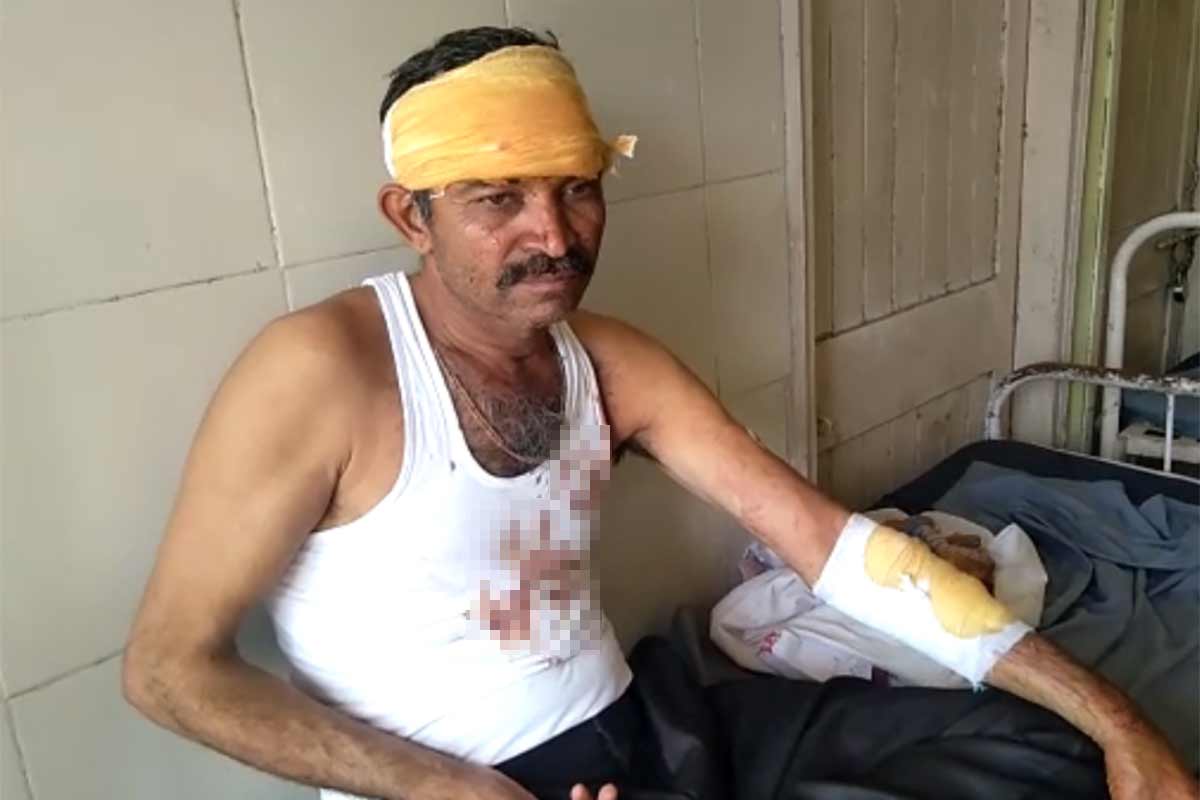 Gadda: A middle-aged man was stabbed to death by five people, including a police constable

“A police constable on duty in Ahmedabad had been trying to attack for five days but we did not leave the house.”

Gadhada: Five people, including a police constable, attacked a middle-aged man in Samadhiyala village of Gadhada Takula in Botad with a knife. The bomber struck shortly after noon in front of a police recruiting center. The injured elderly man has been shifted to hospital for treatment after the attack. The middle-aged man was attacked as he left his home for a morning walk.

The victim Narayanbhai Gadhvi said, “I have a case pending in the court. The assailants said they would kill you if you did not withdraw the case. The attackers are five people from our village. One of them is a police constable on duty in Ahmedabad, who had been trying to attack for five days but we did not leave the house.

These people took money from me and scammed me. In this case, I have a case in court. All attacked with the intention of destroying the evidence and killing. Being a diabetic I go out for walking every day. The men attacked him with a knife as he was returning from walking. I have lodged a police complaint in this regard.

Rains in Barwala Panth: Rain has started in Barwala city of the district as well as in the surrounding Panthak after a day’s break. It is raining heavily in some places. In which heavy rain has fallen in Barwala city, Bhimnath, Polarpur, Chokdi, Rojid, Kapadiyali, Vadhela.